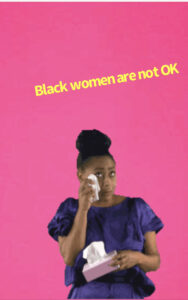 Listen, the last few weeks have been traumatizing! I’ve woken up almost every morning thinking about the times when I’ve let some racist, disrespectful, downgrading shit slide in the past– whether it was at work, school, or even in the dating world.

My first job in NYC was at Bloomingdale’s in SoHo and, boy, did it come with a bag full of racism. First, there was a white woman who was surprised that I didn’t smoke weed, that I graduated from college, and that I was attracted to nerdy guys. Then there was a Puerto Rican co-worker who told me that I reminded her of Aunt Jemima when I came to work with braids.

After I had enough of their slick remarks, I reported both girls to human resources, thinking this type of behavior can’t be allowed– especially in 2000. As I’m sure you guessed, the situation was swept under the rug. When I came back to work I was treated like an outcast and seen as a troublemaker. So, no, I don’t feel any kind of way about the looting, or the riots, or what happened to Bloomingdales in particular.

For the most part, I’ve experienced a lot less of this type of BS since I started working in the fitness and doula worlds. Last year, though, when I was working for Goldman Sachs, a white female manager decided to push me– probably hoping for the same response that Amy Cooper was hoping for which she decided to harass Chris Cooper. We all know what would’ve happened if I had responded with a well-deserved push back! I would have been labeled an “angry, aggressive black woman” who, out of nowhere, decided to hit this soft, delicate white woman for no apparent reason. Of course, this was reported and also swept under the rug.

I want to make it as a black woman in this world but it comes with a heavy price. White people want to talk slang just to feel like they are “down” and accepted in the black community. They always want you to take them to Harlem to hang out, but do they really care enough about you to understand your struggle?

When people say things like, “I don’t see color,” that comes from a place of privilege. What they’re really saying is, “I don’t see you or respect your struggle as a black woman.”

And let’s not forget the fact that some black men are OK building families with white women who don’t even respect their own mothers or sisters. Brother, feel free to date whoever you want but, that said, does she love you completely? I know of one brother who has a white wife and she ending cutting all their daughter’s hair off because it was too “complicated.” That kind of move can be seriously harmful.

Last week, I went home to my mother’s house to unplug. We sat in her backyard and listened to Aretha Franklin while eating crabcakes, pork ribs, macaroni and cheese, yams, and drinking way too much Champagne, lol. Like my sis Amanda Seales said, it is not our job to teach white people. 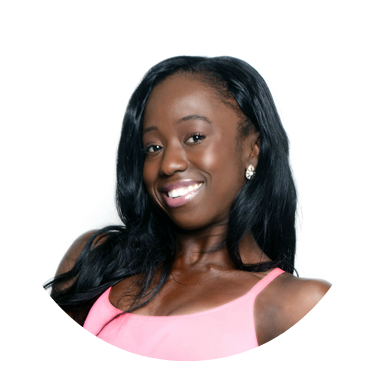 "After a hectic day I welcomed Wasidah's singing bowls. I didn’t know what to expect. I reclined in my chair, closed my eyes, and listened to the soothing percussion sounds of bowls and a rainmaker and before I knew it, I felt vibrations travel my spine, limbs, and head. I’m looking forward to another session." ― M.G.

"If you are looking for a caring and skilled Doula; I would recommend Wasidah Francois. Wasidah strives to provide the highest level of Doula support at all times. In addition, she is very resourceful and always professional and gracious." ― D.L., Healthy Women, Healthy Futures, Program Coordinator
"The very subtle waves of sound used with the various instruments along with the sound bowls was very healing - it was nice to go from a conscious meditative state to deep relaxation and being able to let go and remain immersed in the sound and in the moment. Felt very relaxed afterwards. Thanks so much!" - N.N.